We are a highly rated home inspector company serving Edgewater and we have satisfied customers in the area. You can see how we stand out from our competition by viewing a sample home inspection report and also learn more about our services here. We would gladly connect with you to learn about your home inspection needs in Edgewater.

Edgewater is a lakefront community area on the North Side of the city of Chicago, Illinois six miles north of the Loop. As one of the city’s 77 official community areas, Edgewater is bounded by Foster Avenue on the south, Devon Avenue on the north, Ravenswood Avenue on the west, and Lake Michigan on the east. Edgewater contains several beaches that residents enjoy during the late spring, summer, and early autumn. Chicago’s largest park, Lincoln Park, stretches south from Edgewater for seven miles along the waterfront, almost to downtown. Historically, Edgewater was the northeastern corner of Lake View Township, an independent suburb annexed by the city of Chicago in 1889. Today, the Uptown community is to Edgewater’s south, Lincoln Square to its west, West Ridge to its northwest, and Rogers Park to its north.

Edgewater was first developed around the 1880s as a summer home for Chicago’s elite. Today, it provides the northern terminus of both Lincoln Park and Lake Shore Drive. With the exception of pockets acknowledged as historic districts (like the Bryn Mawr Historic District), east-Edgewater (Edgewater Beach) boasts a skyline of high-rise apartment buildings, condominium complexes, and mid-rise homes. To the west, Edgewater is characterized by commercial businesses; single-family homes; and two-, three-, or four-story flats, including the historic neighborhood of Andersonville. 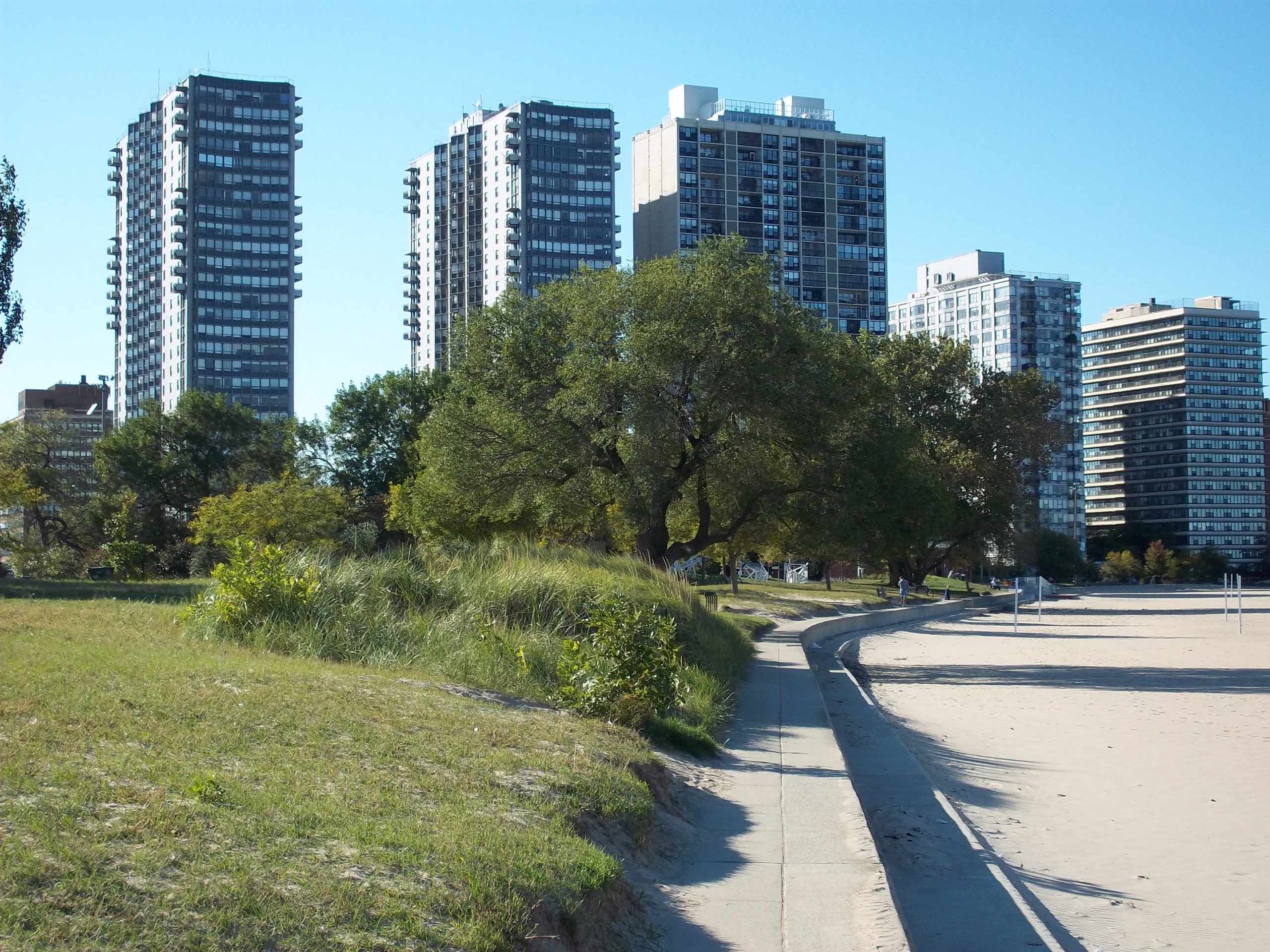